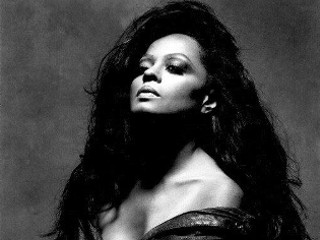 Diana Ross’ famed and remarkable career spanning almost five decades has resulted with major awards and accolades and music history milestones. Diana Ross is a consummate performer as well as one of the most iconic female singers of all time and one of the most prominent women in popular music history and pop culture of the late 20th century.

Her international achievements were acknowledged by the prestigious Kennedy Center Honors in December 2007 in Washington DC. The honor celebrated her lustrous career of excellence in music, film, television and theatre, as well as her cultural influences, humanitarian work and her contributions to American culture. The National Academy of Recording Arts & Sciences (Grammys™) celebrated her remarkable career in 2012 with their highest honor, The Life Time Achievement Award.

Career milestones include induction into the Rock & Roll Hall of Fame, The Songwriters Hall of Fame, National Academy of Recording Arts & Sciences Hero Award, NAACP Entertainer Award, Billboard’s Female Entertainer of the Century Award, The Soul Train Legend Award and International Lifetime Achievement at the World Music Awards. The icon is forever cemented in history with two stars on the Hollywood Walk of Fame. “Stop! In The Name of Love,” “Where Did Our Love Go” and “You Keep Me Hangin’ On” have all been inducted into the NARAS Hall of Fame. “Stop! In The Name of Love” and “You Can’t Hurry Love” are among The Rock & Roll Hall of Fame’s Songs that Shaped Rock & Roll. And in February 2012, The National Academy of Recording Arts & Sciences will bestow one of its highest honors to Ms. Ross by presenting to her the Grammy’s Life Time Achievement Award.

The Guinness Book of Records jointly awarded her with its Lifetime Achievement Award and the title of “Most Successful Female Vocalist of All Time.” She first reached the No.1 position on both the U.S. and UK charts with “Where Did Our Love Go.” This was the first of a number of consecutive No.1 hits in the U.S.

As lead singer of The Supremes, in the 60s, Diana Ross helped shape the sound of popular music, changing the landscape and paved way for contemporary music. Her love of life, never-ending wonder, the appreciation of goals and achievements and sheer human spirit define the artist that is Diana Ross and continue to make her one of the most identifiable, unique, beloved and influential singers of successive pop generations.