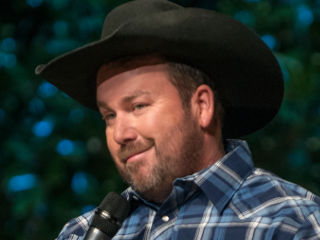 Two Rodney television specials aired in 2014. CMT premiered the all new Laughter’s Good and re-aired his extremely popular Live at the Majestic which originally aired on Comedy Central. Carrington also debuted his new YouTube series called “Bit By Bit” which airs every Tuesday at 3pm CT.

According to Pollstar, Rodney has been one of the top ten highest grossing touring comedians for the last ten years and among the top 4 or 5 the last several years. Rodney is on track to be in the top 5 again in 2014 as he regularly performs to sold out crowds across the US and Canada. All of the above follow on the heels of Rodney’s previous projects and accomplishments. He starred in his own TV sitcom Rodney, which ran for two seasons on ABC. He also co-wrote and co-starred with Toby Keith in the feature film Beer for My Horses which won the Tex Ritter Award from the ACM. Rodney added “author” to his list of accomplishments with the release of his first hard cover book entitled Rodney Carrington, Coming Clean published by Hatchette Books. Carrington has appeared on countless other TV shows, including the ACA (American Country Awards) and hosting the American Country New Year’s Eve Live show on FOX. He also won “Supporting Character of the Year” from the CMT Music Video Awards for his appearance on the Trace Adkins’ music video “I Got My Game On.”

Another of Rodney’s projects of which he is very proud is the Rodney Carrington Foundation, a 501c(3) which he founded that benefits charities who need a helping hand.

Rodney’s popularity derives, in large part, from his connection with his audience, both at his live shows, and through social media. By the looks of his schedule in 2017, he shows no signs of slowing down!