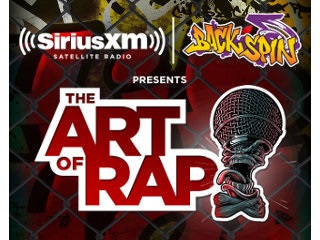 The Art of Rap Festival

Event Notice: This event is being rescheduled.

Ticket purchasers will be contacted as soon as possible. Please check back with this page for more information.

Making only one stop in Oklahoma, The Art of Rap Festival will be a night full of outdoor entertainment you will not want to miss.

Ice-T was one of the creators of gangsta rap, building a hard-edged West Coast sound rooted in his own experiences hustling on the streets of L.A. But he became hip-hop’s most controversial figure in 1992 after coming under fire for “Cop Killer,” a song by his thrash-metal side band, Body Count. The lyrics painted a brutal picture of the strife between inner-city police and ghetto youth, and even drew criticism from then-President Bush. At nearly ever turn, Ice-T has been martyred or chastised, managing to offend both the left and right with his provocative words. In the minds of his supporters, Ice-T’s violent, often misogynistic tales of mayhem are more sarcastic and even humorous than cynical or gratuitous. With his blunt vocal delivery, narrative-style writing, and mesmerizing B-movie images, Ice-T was one of the earliest West Coast rappers to gain respect among the New York hip-hop set. As an artist, he set the stage for N.W.A, Snoop Dogg, and the Notorious B.I.G. and mingled easily with underground rockers on the first Lollapalooza Tour in 1991. He founded his own Rhyme Syndicate label (distributed by Sire/Warner Bros.) and introduced the likes of Everlast.

Born William Johnathan Drayton in Freeport, Long Island, ‘Flavor Flav’ is now acknowledged as the greatest hype man ever– inventing the role as a member of the ground-breaking rap group Public Enemy. Known for his unique persona, Flav has created styles, slangs and sayings that make him one of the most-sampled voices in music—and one of the most well-known celebrities in America. His multiple television series have shattered records for viewers of reality television, especially ‘Flavor of Love’, a spinoff of ‘The Bachelor’ in which sixteen young women competed for his affections over several seasons.

The Grammy Award winning, Platinum-album selling, New Jersey super-group, Naughty By Nature, has nearly a twenty-year track record of creating the hits and party anthems that have become the soundtrack to our lives. Their music has smashed through mainstream barriers all while remaining true to the sound, message and grit of the hood. And now, these three kings of the HipHop anthem have formally claimed their titles and named their forthcoming reunion album, “Anthem Inc.” in celebration.

Other artists featured are:

Prime vantage point of the stage